Situation: getting blogs done…efficiently and on time…

How it turned out: I’ll let you know by the end of this

So I know we were taught as a kid not to take rides from strangers… but what if someone asks you to give them a ride? What do I do then?! Thanks mom and dad… forgot to teach me that one, didn’t you…

Here was my situation… I was supposed to be working on my blog… which was already late… and I was blogging about how I got myself into the situation of it being late:

So as I stated in my first post… I get really nervous when it comes to writing blogs… or anything for that matter… that the public will see.

I think of multiple things to write about and start writing… then I decide that I want to write about something else so I start another one… and another… and so on. I end up having so many ideas that I just can’t seem to find one that I like so I give up.

It all started last Tuesday when I decided I would get a head start on my blog that was due for this week. I had a great idea…. So I started writing.

Last Tuesday… during class: I was in my Science in Perspective class and well… I really just have no interest in that class so I took out my laptop and continued writing my blog post. I’m feeling pretty good at this point, I have a great idea AND I …

Well this is where I stopped.

This girl, who was obviously a foreign student, asked me if I could drive her to Barton Creek Mall to get her laptop fixed because she had to submit her capstone and her hard drive crashed…

I mean I was feeling pretty hesitant, because … I mean… HELLO… I had NO IDEA who she was… and I’ve never been put in that situation before.

She proceeds to say, “pleeeeeeeeeeease” in that whinny voice we all use when we want something, and gives me the puppy dog lip… so clearly I had no choice at this point… plus it gave me another reason to procrastinate writing my blog. 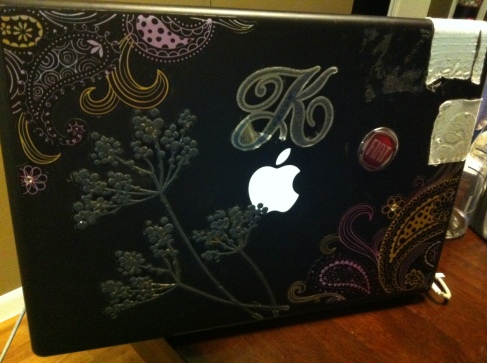 So now I am sitting here at the Apple Store in the Barton Creek Mall, and its not so bad. I mean, I’m just sitting here and typing this and I blend right in perfectly… with the exception of my old, ghetto, duct taped, black MacBook.

So I guess I could finish the blog post that I was typing earlier… but maybe this was just a blessing in disguise. I found something to write about AND I am getting this in on time… *winning*.

What a day…. scratch that… what a week. Well now I have my blog done, this girl isn’t even done with her appointment yet, and I will have time later to go home and pack before I go out tonight… I’m leaving for Chicago at 5 am… But I’m sure I will end up writing about that later.

Moral of the story: Do something nice every now and then… just maybe don’t follow in my footsteps and get to know the person first before you drive them somewhere.

Beautiful photos of hiking and other outdoor adventures.

Thought Catalog is a digital youth culture magazine dedicated to your stories and ideas.

For the Love of Food

"There is no love sincerer than the love of food." ---George Bernard Shaw

If it tastes good, it IS good.

"I never know what I think about something until I read what I've written on it." -- William Faulkner

- My Journey: A Blog About Fitness, Nutrition, & Overall Health -

Proud to be a sass-mouth!

I write, I design, I report; I Austinize, I socialize, I journalize.

the Long Center, from Inside the Ring

"We are all in the gutter, but some of us are looking at the stars." -Oscar Wilde

Thought Catalog is a digital youth culture magazine dedicated to your stories and ideas.

Music Capital of the World